Sailing north aboard the Silver Zephyr, from The Great Dale and the town of Uthmere, the PCs travel to Impiltur. Their destination, the city of Ilmwatch, is a fortress town on the frontier land close to the border with Damara. Beyond the town lies a wild and lawless expanse stretching northwest until the dominion of Damara provides some measure of order once more. These days, however, that order is gone. Replaced by civil war and death. 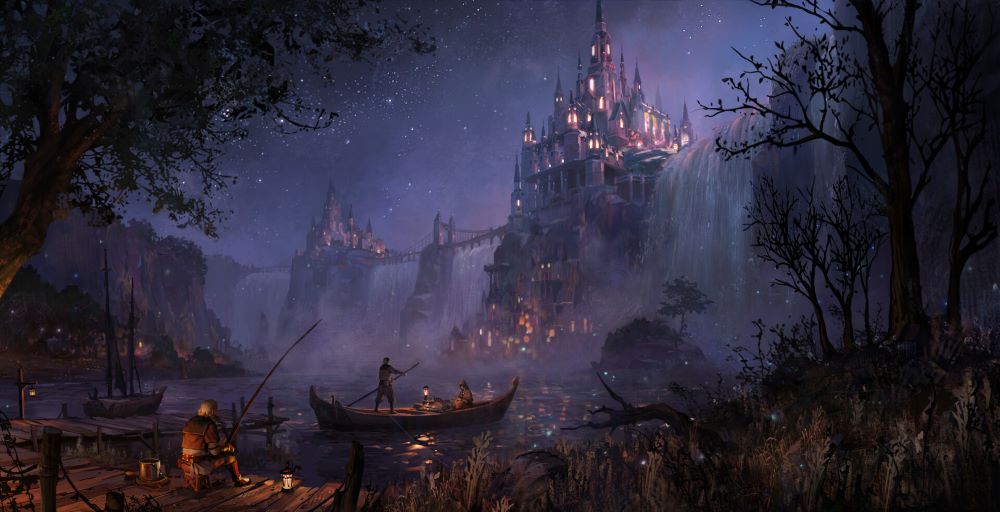 Ilmwatch serves as a strategic outpost that oversees all northern trade along the Merchant’s Run, and thus fulfills a vital role in Impiltur’s economy. With the war raging to the north, it has also become a destination for refugees. The kingdom has also increased its military presence in light of these events.
It is in this atmosphere that the group arrives. Docking in the main harbour overlooking the city. To their surprise, where they expected to find chaos and disorder, they discover a town dominated by a beautiful series of waterfall, atop which sit a series of majestic fortresses. Settlements dot the landscape around the base of the falls, with winding pathways leading up to the elevated escarpment.

The Zephyr is tethered and secured at one of the many docks jutting out into the bay, and soon enough the captain is barking orders at his men to unload their cargo. The party walks onto the dock an inquires with some locals for a nicer place to stay the night, as darkness has already settled across the land.

The locals refer them to a well appointed, clean inn called ‘The Gilded Ram’ overlooking the bay and it’s many lights, with gorgeous views of the waterfalls. Their gentle rushing an ever-present sound even indoors.
They book rooms under the alias ’Karf" and then proceed to get some food in the main taproom and dining room downstairs.
They dine on fine fare and quench their thirst with good wine, all the while discussing their plans. They need to get to Helgabal, the capital of Damara, but how?
Pretty soon Frak strikes up a conversation with patrons at another table, who introduce themselves are Yarin and Bogol.
It becomes clear that they are traders, with a large cargo of supplies bound for Damara, to aid in the war effort, specifically, to the efforts of the southern alliance of duchies and baronies. They inform the party that the land is now divided into two main factions. Those controlling the source of Bloodstone, and those controlling the trade routes out. Their faction, the southern one, are the latter.

The PCs petition them to aid them in their efforts at least part of the way, as caravan guards. The merchants agree to pay them a modest sum for their help too. The agreement benefits both parties. The PCs get an escort and guide into unfamiliar territory, and the merchants more muscle.

The following morning, the PCs get their belongings together and meet Yarin and Bogol at the docks, where they are busy unloading their wares onto carts, which are then being ferried up the escarpment to the waiting caravan of large wagons above. Each wagon is large and built to carry large weights, with sturdy axles. Each is being pulled by a team of four heavy draft horses. In total there are a dozen such wagons.
It takes the better part of the morning to complete the loading process, but soon they are under way. Moving away from the river that feeds the waterfalls and the city, they soon lose sight of all signs of civilization, and find themselves in thickly forested lanes heading into the wilds.
The road north is mercifully flat for the first several days, however it does begin to snow on the second day and does not let up for a few more. The late spring snowfall blankets the land in a cloak of silence.
Apart from a brief sighting of a wolf pack, the caravan is spared any attacks, and makes good time, despite the snowfall. The land becomes more barren as they press north, and slowly the road starts to progress gradually uphill, ever so gently. The caravan leader mentions it’s a sign they have entered Damara.

Given the potential dangers associated with travelling into a war zone, the PCs suggest to the caravan leaders that they scout ahead to ensure the safety of the supplies. They agree that Bogol and two of his men will join the party to scout, while Yarin and the others remain with the caravan. That barring further dangers, they will meet in the capital of Helgabal in a few days.
They calculate that they can make it there, check if it is overrun or still open for a market, and go back to report to the caravan by the time the merchants make it half way up the road.

They continue to travel north into Damara for several days. Pressing on up the The Herald’s Road, then the ’Merchant’s Run’ road. Passing the towns of Cairnpur, Maracrath, Guidobar, Mulltown and Lenchford. These small villages and hamlets offer little in the way of distractions, save that they give them shelter from the elements, and a warm meal in their bellies.
They get as far as half way between Lenchford and Trailsend. When they camp for the night up against the edge of a thick copse of trees.
Snow covers the land as far as the eyes can see. The night is clear and the wind still, lending a peaceful quiet to the camp. They take turns on guard duty as the chill of the night settles in earnest around the camp.

The tranquility is short lived, however. During Frak’s turn at guard duty, he spies a strange, ethereal form drifting towards the camp across the open field. Soon another joins it out of the far tree line. The dark shapes fly with sudden alarming speed toward him and it is all he can do to blurt out a cry of alarm, rousing his companions.
They rally to form a defensive line before the creatures hit them, but only just. Frak, standing in the front is attacked by the first of the shades. This close he can see their baleful features. He sees a skeletal rictus pierced by pale blue orbs. Thick claws made of tenebrous tendrils that reach for him hungrily. The creature swipes it’s claws at him, piercing his defenses. He feels an unearthly chill shiver across his body as the creature draws forth his life force. Frak stumbles to one side in pain and anguish.
The others swing their weapons at the creatures, without much success. They circle like wolves around the living, with alarming alacrity.
Frak manages to compose himself enough to unleash a Color Spray spell upon the creatures. The bright display clearly affects them adversely, but it is hard to say exactly how badly they are hurt, but he manages to stun them just long enough. 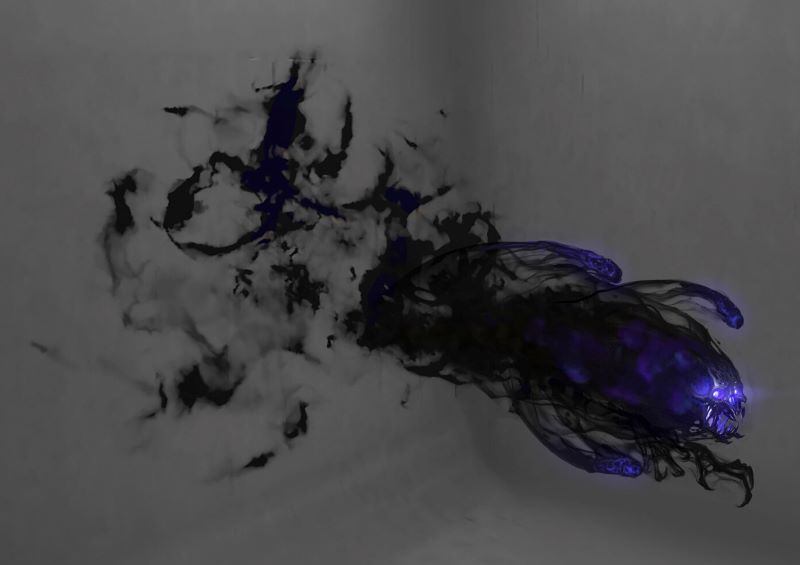 It is at this point that Rhiannon steps forth, brandishing her holy symbol. She utters sacred words of power directly at the undead creatures, as brilliant blue-white light radiates from her outstretched hand. The creatures scream unearthly wails of terror, and flee from her holy light. The fight is over quickly, much to everyone’s relief.
They take stock of the damage, and realize that Frak has been drained by the creatures. Rhiannon surmises that his injuries will heal with time.
The party has a hard time falling back asleep that night.

They travel on the next day, and the one after that. It is not long before they reach the outskirts of the town of Praka.

There, they are greeted by a horrific scene. The aftermath of a massive battle lies strewn, broken and scattered as far as their eyes can see. Bodies lie dead in their thousands. Banners, polearms and other weapons jutt out from the blood-drenched soil, lending the whole scene a jagged and shattered look. Smoke rises in the distance in several places. The sky is thick with crows and ravens.
They spy knights in armour, foot soldiers, horses, and archers, all dead. Valeria, with the aid of Bogol and his men, recognize the heraldry on the banners and tabards before them. They see the emblems of House Ostel, House Polten, and those of their foes, House Carmathan and Brandiar.
The remains of the soldiers show that they tore at each other with a savagery, and desperate rage that defies normal battle damage. They all fought to the death, to that last man. None survive on the field before them. Perhaps there were survivors, but they did not remain even long enough to salvage anything. Around the field, in the distance, they see simple folk picking through the corpses, looking for anything of value to sustain their meager existences.

As they stand there, they all begin to hear the distant sounds of battle echoing in their ears and minds. With a jolt, they are suddenly assaulted by a series of visions of the battle, and the dark voices that fueled it. They can feel the far reach of the demonic corruption filtering through every blade of grass around them. It is as though the land itself is corrupted. The idol is here. It is feeding. It is not yet sated. 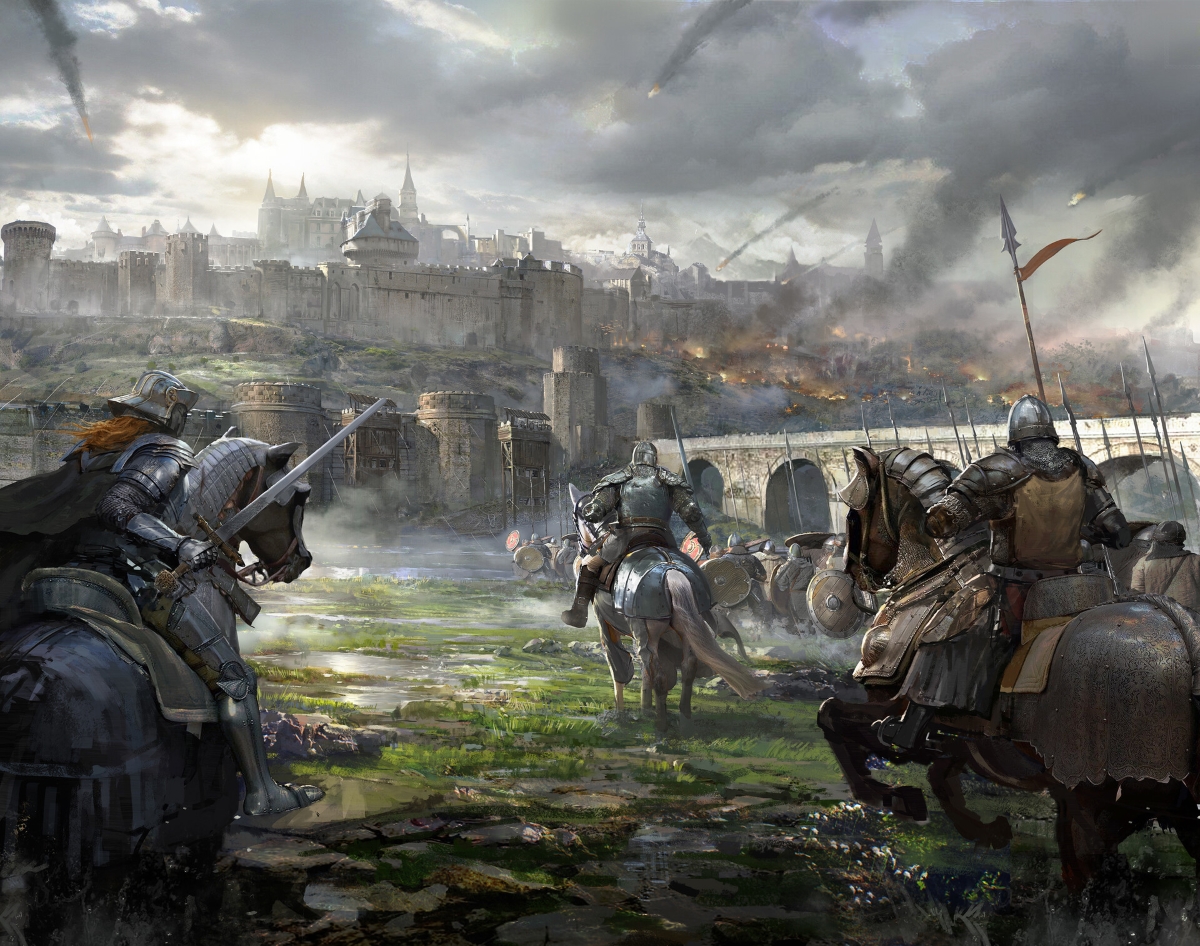 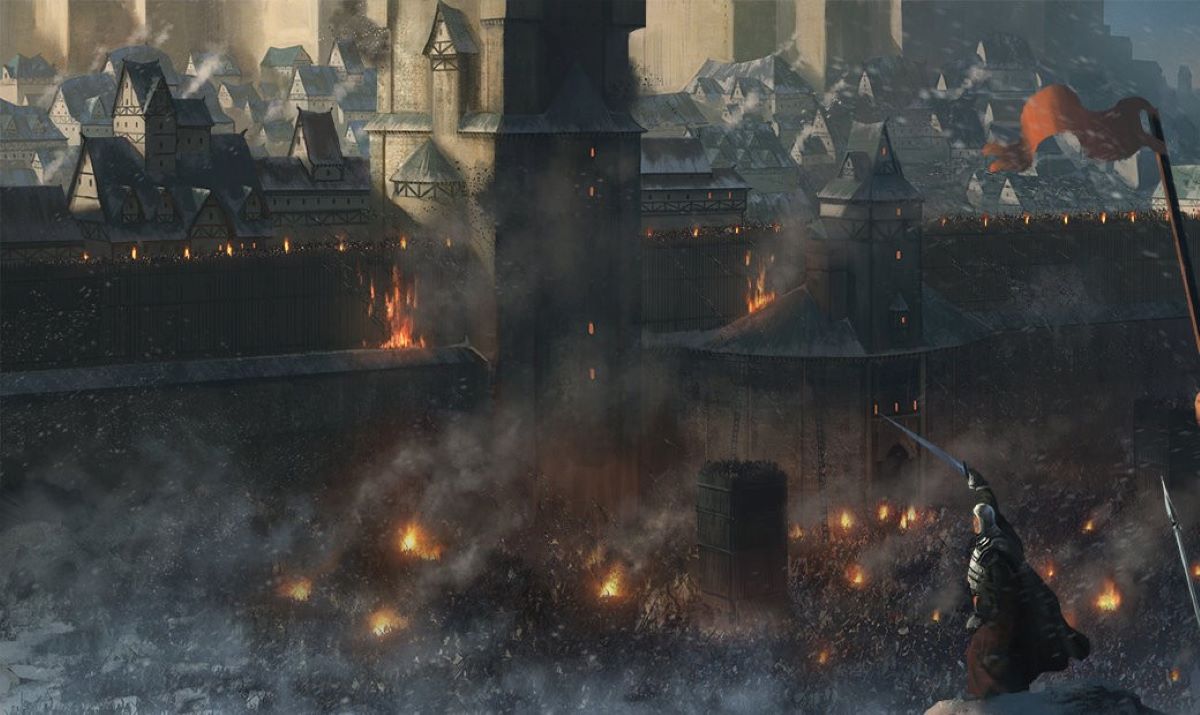 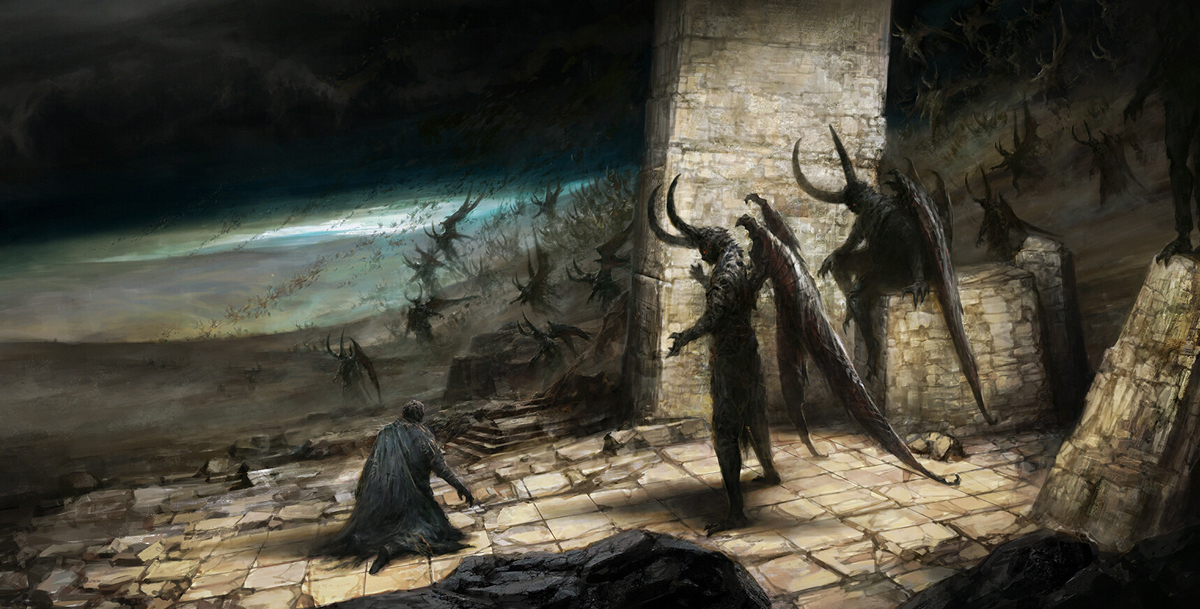 With the last vision echoing in their minds, they hear the demon’s deep growling voice intoning the phrase “Bow before Kor Nar”

When Darkness Calls: Part 6 What lurks below

When Darkness Calls: Part 2 The Trap