Lady Bloodhawk is a tall, beautiful woman of athletic build. She exudes an air of confidence and patience. Her hair is raven black and her face is seemingly ageless. She looks far younger than her position or her legacy would suggest. It seems as though her time as a host for her deity’s avatar has left its mark upon her.

During the night of the Fall of the Gods, Lady Kaitlin Tindall Bloodhawk, sole heir of Lord Ronlar Bloodhawk, was exploring the ruins enveloping the village of Tempus’s Tears with the rest of her adventuring band, the Company of the Red Falcon. During the night, she was possessed by the Lady of Strategy to serve as her avatar host. The Red Knight forged the Company of the Red Falcon into a small, but powerful, mercenary company. She led the band south where the group was single-handedly responible for eradicating an army of monsters that swarmed out of the Forest of Tethir and threatened to overrun the northeastern quarter of beleaguered Tethyr. The strategic genius of the Red Knight enabled the Company to triumph against overwhelming odds and forever earned them a place in Tethyr’s history.

When Lady Kaitlin returned to her ancestral home at the conclusion of the Godswar, however, she found the lands pillaged, the castle a smoking ruin, and all of the inhabitants put to the sword. Broken-hearted, she vowed revenge, but she could never discover the perpetrators of the foul deed. In her family’s memory, she rebuilt the castle and dedicated it as a temple to the Red Knight. 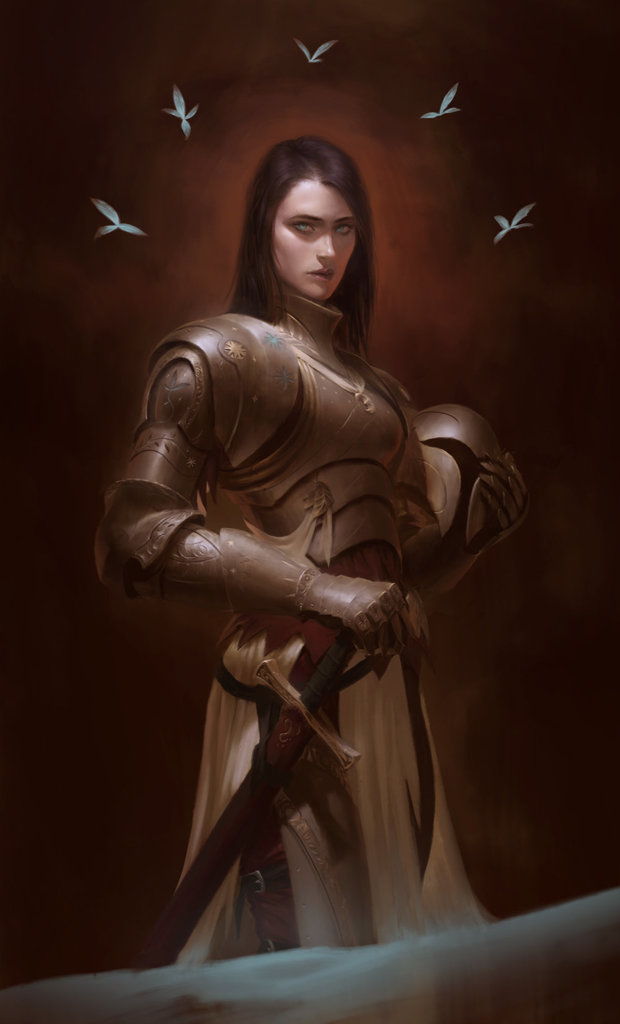