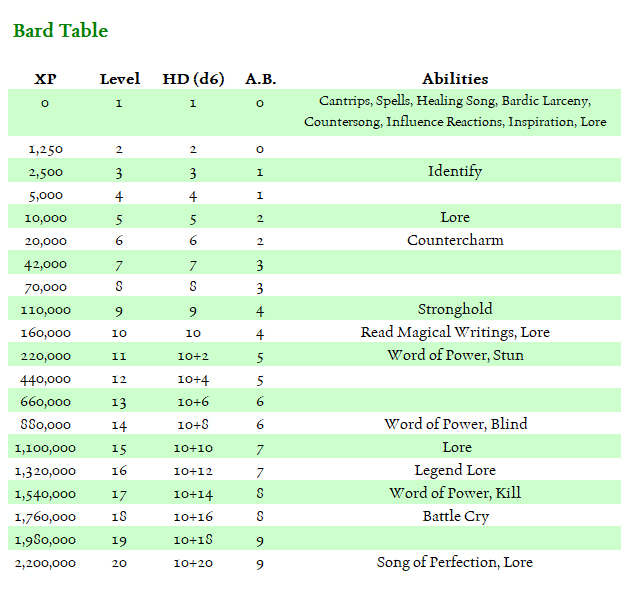 Ability Requirements: Dexterity 12, Intelligence 13, Charisma 15
Weapons: Any
Armour: Anything up to and including chain mail. Cannot use shields. 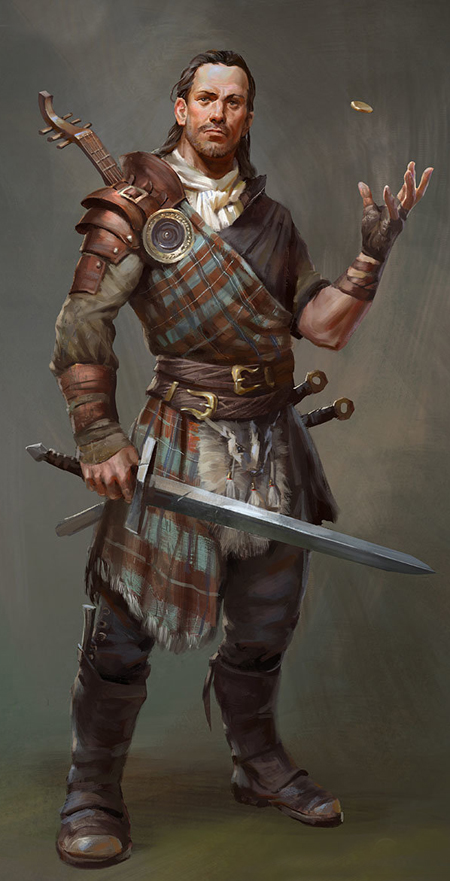 Bards are versatile arcane spellcasters, capable combatants, and artists. Bards create magic as they would art or song, using these harmoniously to either bolster their allies or hinder their enemies. Bards are among the most versatile of adventurers

Bards can be storytellers, musicians, enchanters, dancers, and lore keepers. They are prone to wanderlust, traveling from one place to another in search of knowledge or perhaps the desire to share their own sage advice. Some work in the service of others as ambassadors or spies, others are courtiers and entertainers. There are others still that charge headlong into battle beside their warrior brothers inflaming their passions and blood lust. Most bards, however, prefer the freedom and mobility of living by one’s own wit and whims. Most bards acquire their skills from years of training, either as apprentices of other bards, or by self taught practice.

Bards are common throughout Toril, especially in the Dalelands and the northern regions of Faerûn. Some of the world’s greatest magical and adventuring traditions are founded and supported by bards. The most notable being the Harpers, 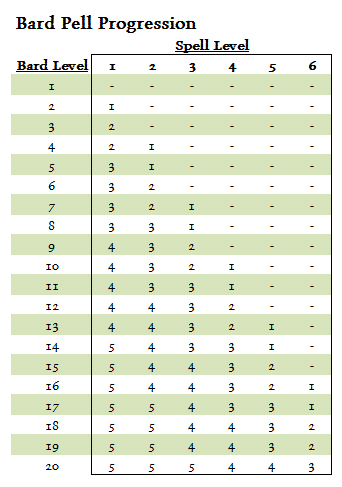 The bard can also invest in the Armour Proficiency to compensate for some of the armour penalties. Investing in Masterwork Armour will also improve the ability.

Unlike thieves, bards add nothing to these base values at 1st level. Each time a bard advances a level in experience, the player receives another 20 points to distribute to his character. No more than 10 of these points can be assigned to a single skill, and no skill can be raised above 95%.