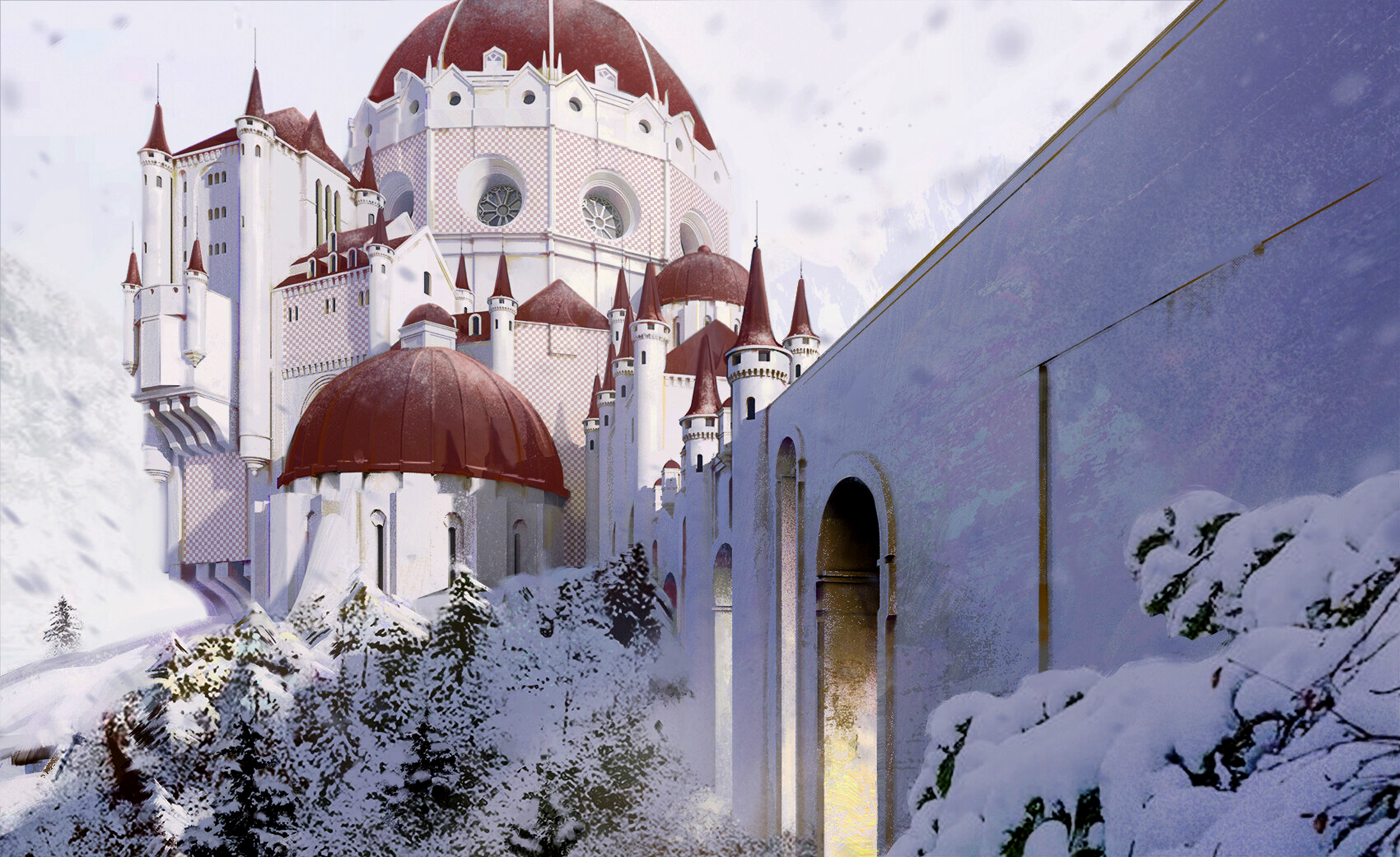 The Citadel of Strategic Militancy has arisen as the center of the Red Knight’s faith outside of the aegis of the church of Tempus. Located at the juncture of the Coast Way and Thundar’s Ride, approximately 40 miles northeast of Baldur’s Gate, this small castle was the hold of the Bloodhawk clan, part of the minor, self-styled nobility scattered throughout the region encompassing the Fields of the Dead. The castle was built by Taric Bloodhawk over a century ago with money he plundered from an orc chieftain’s secret horde during the battles of the Year of the Lost Lady (1241 DR).

During the night of the Fall of the Gods, Lady Kaitlin Tindall Bloodhawk, sole heir of Lord Ronlar Bloodhawk, was exploring the ruins enveloping the village of Tempus’s Tears with the rest of her adventuring band, the Company of the Red Falcon. During the night, she was possessed by the Lady of Strategy to serve as her avatar host. The Red Knight forged the Company of the Red Falcon into a small, but powerful, mercenary company. She led the band south where the group was single-handedly responible for eradicating an army of monsters that swarmed out of the Forest of Tethir and threatened to overrun the northeastern quarter of beleaguered Tethyr. The strategic genius of the Red Knight enabled the Company to triumph against overwhelming odds and forever earned them a place in Tethyr’s history.

When Lady Kaitlin returned to her ancestral home at the conclusion of the Godswar, however, she found the lands pillaged, the castle a smoking ruin, and all of the inhabitants put to the sword. Broken-hearted, she vowed revenge, but she could never discover the perpetrators of the foul deed. In her family’s memory, she rebuilt the castle and dedicated it as a temple to the Red Knight.
Today the Citadel of Strategic Militancy is a bastion of military might and serves as the home of the newly founded Red War College. This school caters to military officers throughout the Realms who are sponsored by their lieges to study strategy and planning. The Citadel’s walls are checkered with red and white marble, and a blood red dome tops the central keep. The central chapel is a giant lanceboard on which the priesthood engages in strategic battles during religious ceremonies. Farmlands in a 20-mile radius are worked by peasants who gladly embrace the Citadel’s expanding hegemony. The havrested land serves as a training field in the cold winter months. High Lady Bloodhawk admnisters the burgeoning complex in the name of her liege, the Red Knight, and serves as First Lady Knight of the Red Standard (high priestess) of the faith.