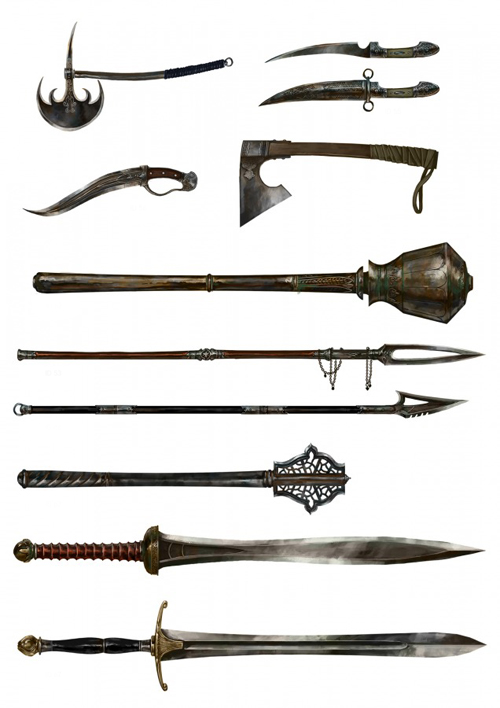 This section presents cultural weapon proficiency groups – weapons that are related to each other because they are commonly used in the same culture or area. They are grouped by common background – Chultan tribal weapons, Waterdavian weapons and the like. Some are regions are closely linked to a race – such as Cormanthor, or The Great Rift, and as a result feature many weapons closely associated with them.

Every 3 levels, they can gain affinity with another cultural weapon group at no cost, with the DM’s approval. The character needs to have been exposed to or established some connection with the culture in question through play.

A character can also gain affinity with a cultural weapon group by spending a weapon proficiency slot, if they feel they need more options.

Since cultural groups have a lot of overlapping weapons, familiarity with weapons in the same group only extends to those groups the character has Affinity with.