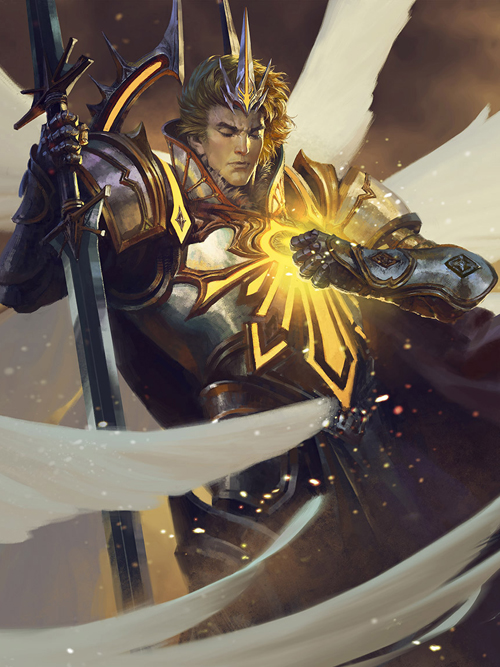 This spell has two functions:

The first function of the spell turns any ordinary suit of armour or one ordinary shield (any size) into a magical one. The armour becomes the equivalent of +1 suit , with +1 bonus to AC. Thus making it temporarily enchanted. This spell also functions on existing magical armour or shields.
In either case, the total combined bonus cannot exceed the caster’s level divided by 3 (rounded down). Thus a 6th level caster can temporarily enchant a suit of armour or shield to have a total of +2 to AC. A suit of armour or shield can be enchanted to maximum of +3 in this manner. For each +1 beyond the first, the spell must be cast again within the duration of the previous one.

The second function of the spell is used in combination with the “Enchant an Item” spell, and allows the caster to imbue a specially prepared masterwork (or better quality) suit of armour or shield with a +1 enchantment.
This makes the armour magical, with a +1 bonus to AC. This spell can be cast multiple times upon a suit of armour or shield. Each successive casting must occur within the duration of the previous spell, or the enchantment is lost, and the spell must be cast again.
Creating magic armour has a special prerequisite: The creator’s caster level must be at least three times the AC bonus. If the caster imbues an item with an AC bonus and a special ability (using the “Enchant an Item” spell), that ability counts as a +1 for the purpose of this spell, counting towards the caster’s level limit. Thus, a 9th level caster can create armour with a +2 AC bonus and one ability, for example.
This effect can be made permanent using the “Enchant an Item” spell (see spell for details).