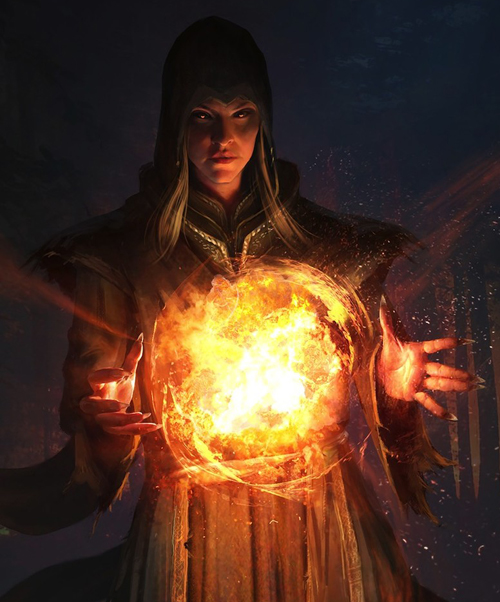 Using weapon proficiency slots, a caster can train to alter specific elements of a spell.

Meta magic is a skill that is part of magical teaching, be it arcane or divine, that allows the caster to mold existing spells to their will. Spells have many parameters that can be altered, given the correct training and determination. These abilities are used on the fly, and applied as needed. They are essentially a form of magical flexibility.

Metamagic is open to any class that can cast spells.

Each time a player uses a weapon proficiency slot to purchase a Metamagic ability, it gives that character the ability to apply it on any spell that qualifies spontaneously.

For those spellcasters that prepare their spells, they prepare them as normal, making selections for the day.

Whenever they decide to apply a Metamagic ability to a prepared spell, they must add the level adjustment to find the spell level that it will use up. Given that they have a limited number of spell slots available per level, that they have already committed to other spells, they must sacrifice a learned spell of the adjusted spell level, which will be lost for the day. The spell slot of the original spell remains unused, however, so it can still be used at the level it was learned. Logically, if they cannot cast the level of spells of the new adjusted spell level, they cannot apply that Metamagic ability to it. For the purposes of this calculation, Cantrips are considered to be level 0.

So for example, Tina the Wizard wants to cast a Silent Magic Missile (level 1 spell + 1 level adjustment for the silent spell), she must therefore sacrifice a learned 2nd level spell to cast the modified Magic Missile. She can still cast a regular Magic Missile afterwards, as the original learned spell isn’t used up.

For those spellcasters that do not prepare spells, and instead choose them on the fly, the system is a simple one. They simply choose the spell to be cast, add the Metamagic ability level adjustment, and use a slot of the resulting level. Seeing as no spells need to be sacrificed, it’s just a matter of keeping track of which slots have been used up.

You can use multiple Metamagic abilities together on one spell, but the effects are always cumulative. So casting a Silent, and Widened spell will adjust the spell level it can be applied to by four levels. You can’t apply the same Metamagic ability to the same spell more than once.

Metamagic abilities can be applied to spells written on scrolls or stored in items, during the item creation process.

These abilities cannot be applied to spells emanating from scrolls or magical items unless the creator of the item made it so.