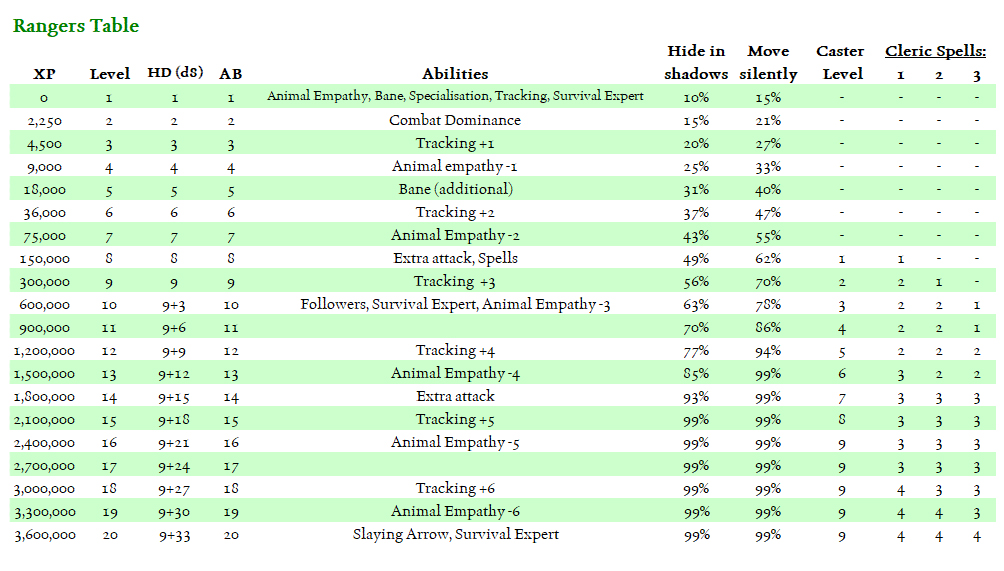 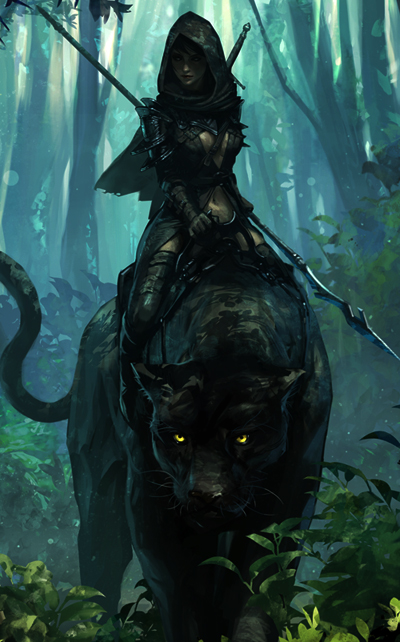 Though a ranger might make a living as a hunter, a guide, or a tracker, a ranger’s true calling is to defend the outskirts of civilization from the ravages of monsters and humanoid hordes that press in from the wild.

This fierce independence makes them well suited to adventuring, since they are accustomed to life far from the comforts of a dry bed and warm water. Some rangers find the responsibility of protecting the rest of an adventuring party to be burdensome, but most quickly find that other adventurers who can carry their own weight in a fight against civilization’s foes are worth any extra burden. City-bred adventurers might not know how to feed themselves or find fresh water in the wild, but they make up for it in other ways. A ranger’s talents and abilities are honed with deadly focus on the grim task of protecting the borderlands.

Warriors of the wilderness, rangers specialize in hunting the monsters that threaten the edges of civilization—humanoid raiders, rampaging beasts and monstrosities, terrible giants, and even dragons. They learn to track their prey as a predator does, moving stealthily through the wilds and hiding themselves in brush and rubble. Rangers focus their combat training on techniques that are particularly useful against their specific favored foes. Thanks to their intimate familiarity with the wilds, rangers also acquire the ability to cast spells that harness nature’s power, much as a druid does. Their spells, like their combat abilities, focus on speed, stealth, and the hunt. 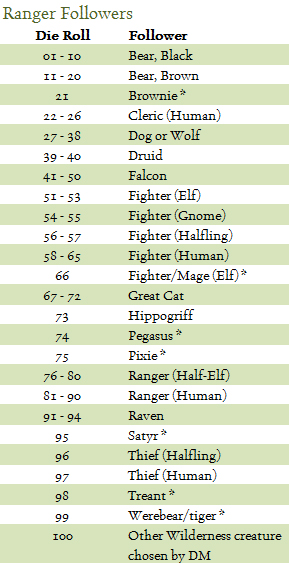