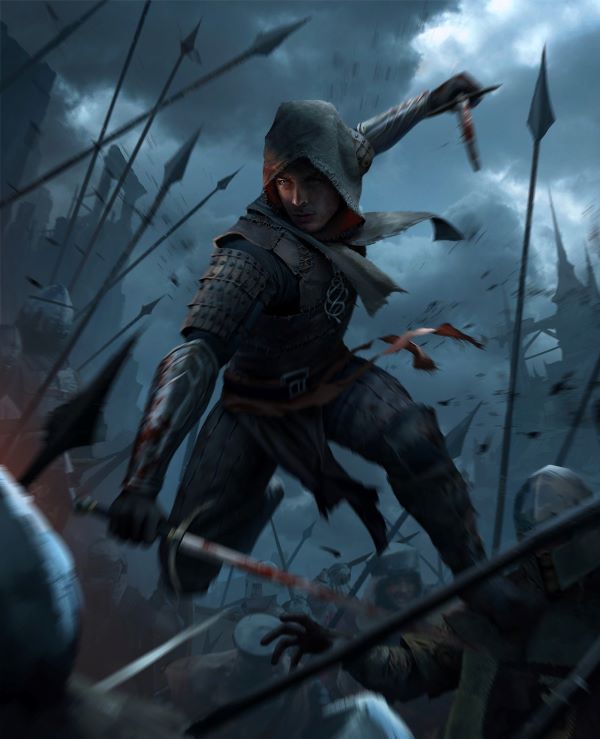 Operating on the border of light and darkness, Shadow Dancers are nimble artists of deception and guile in battle. Using some of the advantages normally employed by rogues, they make the most of their agility and maneuverability in combat. They gain some of the stealth, and sacrifice some of the armour. They often vault into combat from hiding, land a blow, and attempt to vanish again.

To qualify to become a Shadow Dancer, a character must fulfill the following criteria

A Shadow Dancer is a trickster on the battlefield. Using their agility and maneuverability to outwit their opponents. They often take the role of scouts, spies, or guerrilla warriors, but can also be individuals who prefer to use skirmisher tactics. Ambushing and hit-and-run tactics are their preferred method of assault, using terrain, shadows and other combatants as tactical shields. They are calculating and methodical, and will often disorient and confuse their opponents with their movements. Their ability to use acrobatics only makes them that much more difficult to attack.

Shadow Dancers are allowed to use any weapon and fighting style, but they gravitate towards those styles and weapons that facilitate their agility and mobility in combat. Fencing blades, small and light weapons are preferred.

Shadow Dancers get Expression: Dancing and Acrobatics for free.
It is common for them to take Weakness Identification, Tactics, Taunting, and Dirty Tricks.