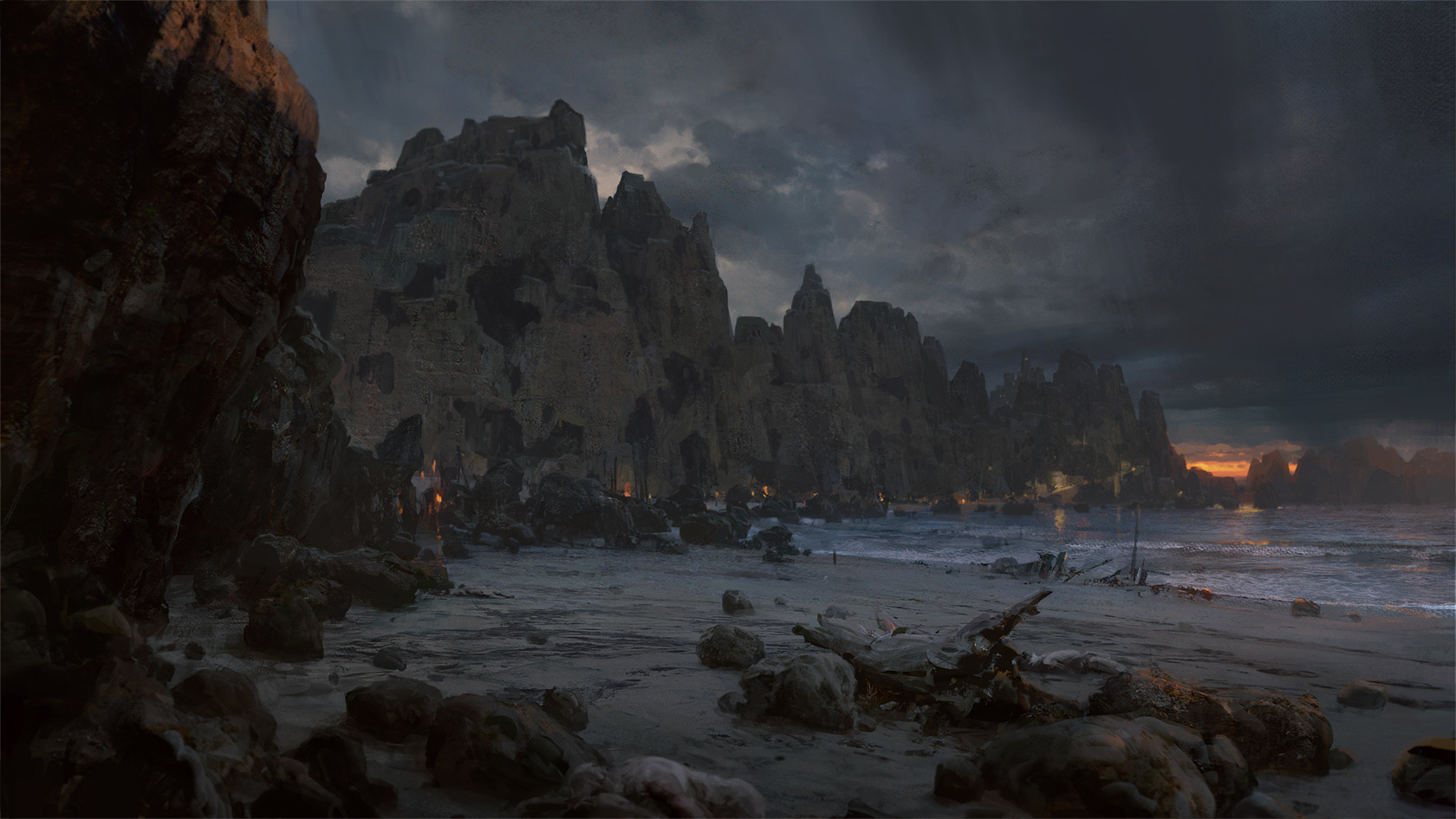 The Nelanther isles are a widely scattered chain of nearly a thousand islands sprinkled from Amn into the Trackless Sea. More than half the islands lack water and are fit only for wrecking ships upon. The hundreds of islands that have drinkable water and can support life are fought over by seagoing pirates who prey upon the shipping of Amn, Calimshan, the Sword Coast, and the Moonshae isles.

Aside from their dependence on violence and larceny, the Nelanthers have surprisingly little in common with the Pirate Isles of the Dragon Coast. The Pirate isles are predominantly human, while the Nelanthers’ pirates are non-humans such as orcs, lizardfolk, ogres, and minotaurs. The various races and factions of Nelanther pirates war on each other as often as they war on outsiders.

The raiders of the Nelanther Isles live by the winds that fill their sails on the Sea of Swords and die by the gales that smash them to Umberlee’s depths. Unlike the swashbucklers of the Pirate Isles who sometimes observe strange forms of chivalry, the Nelanther reavers torture their victims and leave them to hideous deaths. The pirates here are born into the society’s violent cycle and escape only by dying, usually while young. Nearly all able-bodied adults fight aboard ships, while the weak, crippled, and surviving children are left ashore to make repairs or salvage wrecks.

Tethyr’s Velen peninsula and the Nelanther archipelago have always divided Faerûn’s northern seafarers from its southern waters. With the rise of the mercantile powers of the northern waters – Amn, Waterdeep, and the cities of the North – traffic through. the Nelanther Isles burgeoned into a rich stream of trade. And that activity, of course, attracted pirates like a battlefield draws crows. For centuries now, the Nelanther Isles have been more or less as they are today.

The Sea Towers tell a different tale, though. The furnishings, scrolls, and tomes discovered within newly breached towers indicate that there was a time when the islands of the Nelanther were home to other than cruel tyrants and vicious buccaneers. Much of the history of this vanished civilization has been lost to the tides.