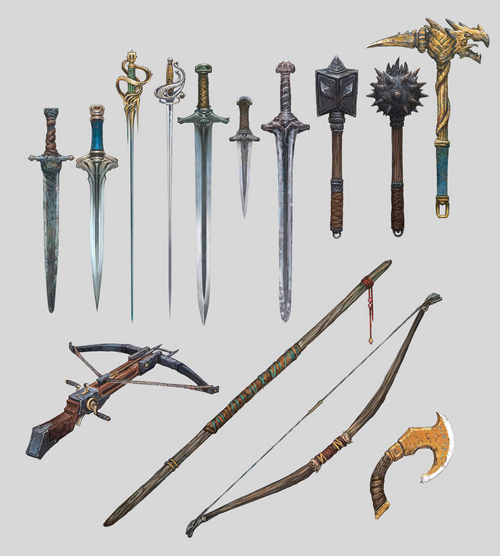 Weapon Groups are divided into two main methods of organisation.

Either method can be used to classify your character’s weapons (see Weapon Proficiency Steps).

If characters are proficient in a weapon, then they are automatically familiar with all the weapons in the same group (by type or by culture). Since cultural groups have a lot of overlapping weapons, this familiarity only extends to those groups the character has Affinity with.